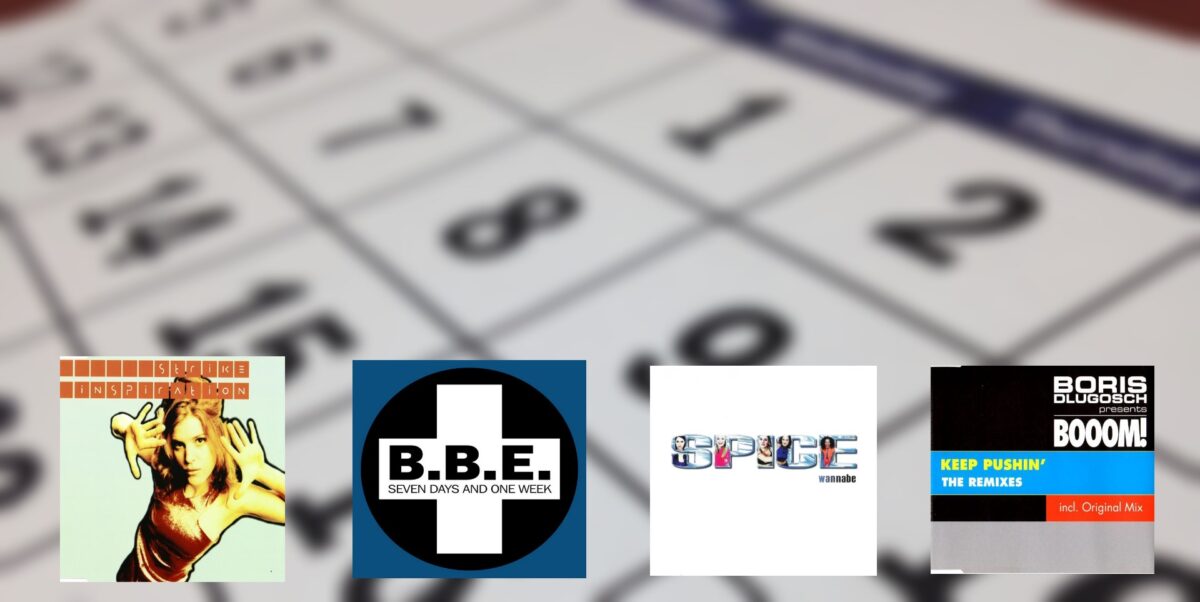 It was this week, back in 1996 when Hitz’s 9th broadcast wraps up. Songs like On the Bible (Deuce), Passion (A-Man), Born Slippy (Underworld) and Keep Pushin’ (Boris Dlugosh) battled it out for the end of broadcast countdown.

And a LOT had happened since the broadcast began on September 14.

On Saturday October 5, Hitz FM celebrated it’s 4th birthday with “stacks of giveaways”. They played lots of flashbacks to classic moments from the previous eight test broadcasts. A huge party was held at Hoyts Highpoint and there was even a Hitz FM birthday cake.

As hinted above, there was some great tracks onair during broadcast 9, and just recently a Hitz fan sent me the only known recording. You can read all about The Essendon Tape in a recent blogpost. Or – just crank it up and enjoy it in the streaming player below.

Just like previous Hitz broadcasts, there was tonnes of listener interaction throughout September and October 1996. Every day there were around 1000 phone calls for requests and competitions, plus 200 faxes. To give you an idea of how busy the phone volunteers were – the very first Hitz broadcast had around 1,000 calls in a week – not a day.

Broadcast 9 saw a farewell to one of the station’s founders and hardest-working volunteers. Nick Karlas helped setup Hitz FM in 1992 with Anton Vanderlely. For four years he was a tireless head of the promotions department, a committee member and dear friend to many. You can read some great personal messages from the Hitz team in the post Thankyou Anton and Nick.

On Saturday October 12, Hitz FM ended broadcast 9 with another massive Top 89 countdown – playing the best songs voted by listeners. And the night ended with a live session from Inflation nightclub where listeners – and staff could let their hair down at last.

But it wasn’t long before they’d be back again – on December 27, 1996 for Hitz FM’s 10th broadcast. And their 5th Summer transmission.