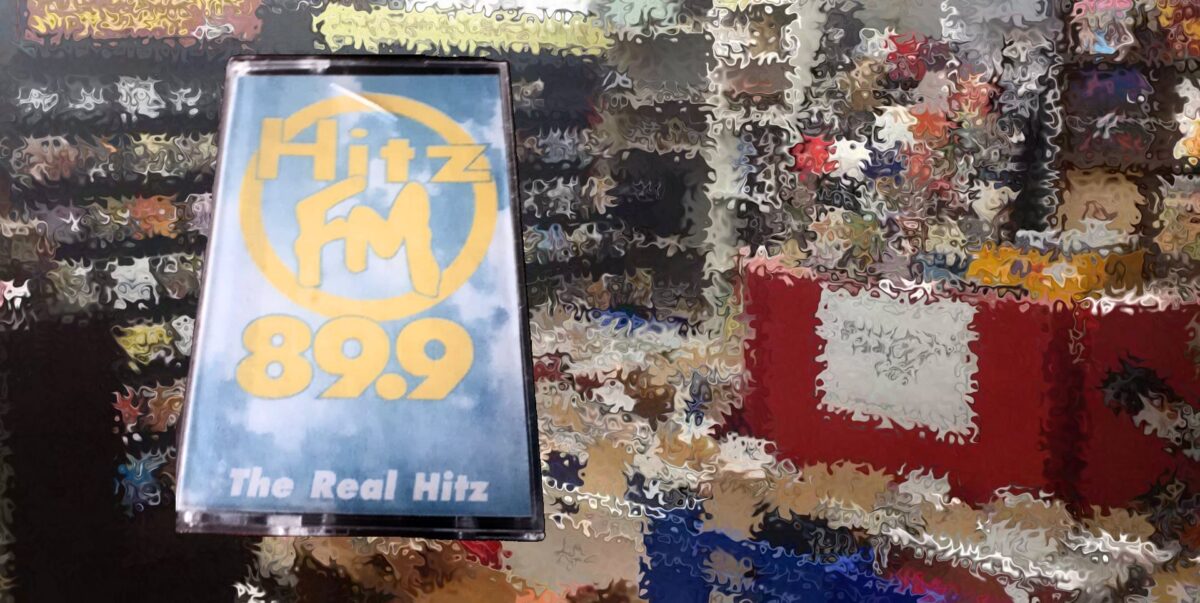 One of the most exciting things to bring you on this blog has been recordings of Hitz FM. Often they’re 60-90 minute cassettes recorded by the announcers themselves. Sometimes they’re 8 hour “logger tapes” which were recorded in the station (to be kept in case of legal issues).

But even more exciting – are the recordings that were made back in the 90s by Hitz FM fans themselves. They’d listen to them over and over when the station was offair. Listen to them as they got ready to go out – or when driving.

As I mentioned yesterday in our “day 1” post of Hitz’s 9th broadcast, for a long time I had NO audio from that period. But one day I was going through a digitised tape recording a friend sent – and suddenly I found a match. The recording included 3 songs released around September 1996 – Flava (Peter Andre), Woman (Nene Cherry) and Spinning The Wheel (George Michael -Forthright Radio Edit). There were also Hitz announcers Liz Maher (1-4pm weekdays) and Michael Griffin (4-7pm weekdays).

Here’s what we know…

Sometime during September 1996, a mystery listener in Melbourne was taping Hitz FM. They filled a 90 minute cassette and put a Hitz FM sticker on it. But what happened to that cassette over the next 19 years – we may never know. For now, I’m calling it the “Essendon tape”.

“Around 2015, I was at a second hand music store in Essendon one day. It was Essendon 2nd Hand CDs Records and Books – before they moved away from the railway station. I was rummaging through their tape section. Suddenly, I came across a recordable cassette with a homemade Hitz FM cover (picture below).

As it was only $2, I took a chance on it, hoping that the tape would match up with the art. And to my delight, it did! So what you’re about to hear is the audio from that tape which I played to death, and a rare piece of Hitz FM history.

I was able to ID all the tracks on the tape, and it’s a fantastic mix of club, dance, pop, and even a touch of rock!”

Again, a massive thanks to Matthew for sharing his tape, his photo and his story. And now, let’s jump back to September 1996.

Click on the graphic below to start the stream…

If you suspect that YOU – or any family/friends might have an old “Hitz tape or 2” somewhere – PLEASE contact me.

We’re slowly building up a library of streamable Hitz FM recordings. And that old tape in a shoebox at your place – could be another piece of gold!

2 thoughts on “The mysterious story of the Essendon tape”