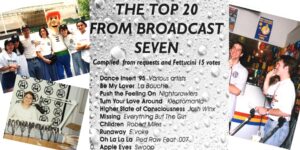 Some of my favourite Hitz broadcasts were the Summer ones. Number 1 (from John Gardner), number 3 (the famous one) ...
Read More 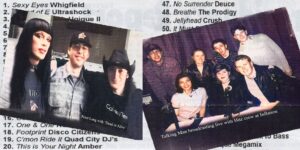 Tonight was the night - 26 years ago exactly - when the Hitz gang gathered at their favourite King Street ...
Read More

A 90s Dance Music CD you could WATCH: HitzFour Ampfarm

It was September 2000, when Hitz Melbourne released one of their final compilation CDs - HitzFour Ampfarm. Like most CDs ...
Read More

Save it Stream it: The Hitz FM Melbourne tape drive

Hitz Melbourne's 12th broadcast begam on this very day, in 1997. It was a broadcast that had both massive changes, ...
Read More 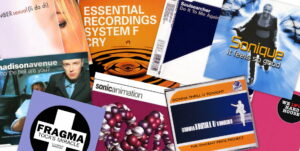 Gabe’s a writer who works in radio. Gabe’s worked as a freelancer for magazines, newspapers and websites. And now he’s both blogging – and writing a memoir – about Hitz FM Melbourne.

Gabe was there at the beginning – in 1992 when Hitz FM first said ‘NO’ to classic rock, and burst onto the airwaves using borrowed gear and two small rooms in a highschool. He was there in 93/94 when this youth radio station became the ‘feel good’ story of Summer. And he was there in the mid 90s, when the station went from strength to strength, releasing its own CDs, starting its own TV show and training hundreds of volunteers in media and promotions.

When this ‘little station that could’ began, Melbourne’s two most popular FM radio stations we’re fighting it out over who could play the most classic rock. A third station was playing ballads (hello Michael Bolton) and a 4th was playing oldies.

Halfway through the station’s Summer 93/94 broadcast, one of the classic rock stations had started playing East 17 and Tevin Campbell. The other one crashed to 4th place in the ratings when young listeners found another option. And the “ballad” station was playing Robin S and M People.

Songs started appearing in the charts. Songs that were only played on Hitz FM. The announcers and guests were mobbed at live appearances. The volunteer-powered radio station appeared in every Melbourne TV news bulletin and newspaper.

Although the station was ultimately unsuccessful in its application to the Australian government’s broadcast body – its name, achievements and impacts live on. Many Hitz alumni have moved on to great success in the media and other fields. Hundreds of volunteers have used the skills and experience they gained.

You can easily trace big changes in Melbourne radio formats back to the youth station and its music playlist. These changes eventually rippled elsewhere around Australia.

But most of all, for a generation of Melbournians, the name “Hitz FM” will trigger a massive grin. And for that, every sleepless night was worth it.