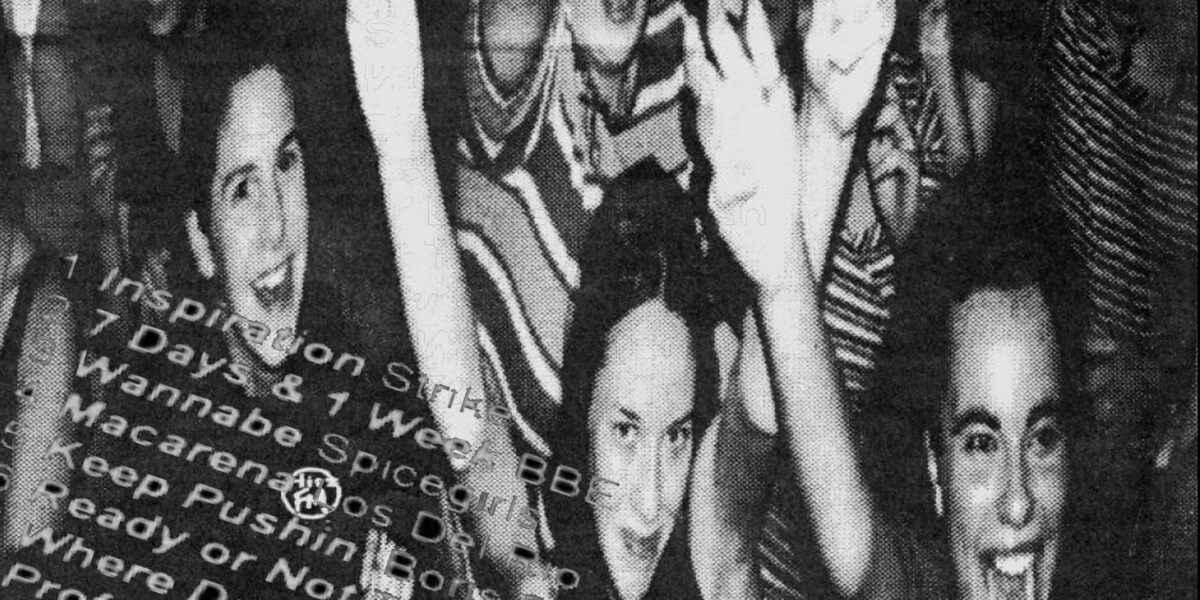 September 1996. Some of us were watching the first ever series of Friends on TV. At the movies it was all about Independance Day and The Nutty Professor. And on the radio, it was the first day of Hitz FM’s 9th Broadcast.

We were smashing Inspiration (Strike), Wannabe (Spicegirls), Macarena (Los Del Rio), Ready or Not (The Fugees), Professional Widow (Tori Amos) and a tonne of other great tracks.

Now before I tell you about the 9th broadcast, I’ll let you into a little secret. For a long time, I’ve been able to find NOTHING recorded from this broadcast. Not a single minute. But somebody contacted me a little while ago about a cassette – with an amazing story.

But let’s not get ahead of ourselves. Back to broadcast 9.

According to Hitlist 17, the main aim of Hitz FM’s 9th Broadcast was a membership drive. They were hoping to add another 500 members over the 4 weeks. Onair, there were a few changes to the announcer lineup in Broadcast 8.

The main ones were Rod “The Talking Man” Cuddihy taking over the Top 20 from James Ash (& friends). Michael Griffin took over the drive shift. Liz Maher stepped into afternoons, with Peter Lang moving into into the morning show. And on the weekends, a young bloke by the name of Corey Layton (aka Captain Turntable) was doing drive.

Here, you can flip through Hitlist 17 (hit the ‘fullscreen’ button)…

And another awesome CD in the series

In the weeks ahead, Hitz began promoting their latest fundraising CD The Original Hitz Volume 3 which featured Be My Lover (La Bouche), Sunny (Blue Bamboo), Hideaway (Nu Soul) and a bunch of other great tracks.

After the previous ‘all Aussie’ Original Hitz volume 2, this one had a few Aussie tracks (hello Peter Andre, Deni Hines) and a couple of personal faves including Bit Machine’s Any kind of Vision.

Over the next 4 weeks (in 1996), Hitz FM would continue to pump out some mean tunes. In particular, they boosted their support of Australian artists – playing new tracks from Kulcha, Human Nature, Helena, Powderfinger, Past to Present, Lisa Maxwell and Bass Culture.

And now, the mystery tape…

Meanwhile, during this month in September 1996… a mystery listener in Melbourne – was taping Hitz FM. They filled a 90 minute cassette and made a little custom ‘tape cover’ using a Hitz sticker. Who that person was and what happened to that cassette over the next 19 years – we may never know.

But in 2015, a Hitz FM fan found that tape in a second-hand music shop in Essendon.

And you can stream it – in the blogpost about Hitz FM’s mystery Essendon tape.