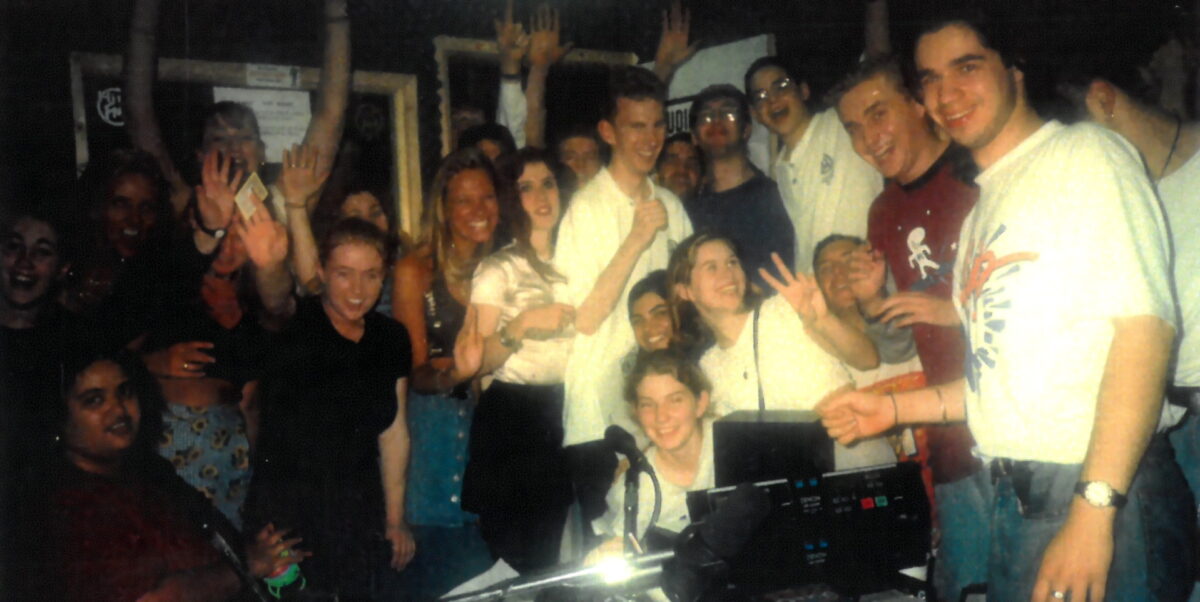 September 22. Not today – I mean September 22 in 1995. When the defence team for the OJ Simpson case was just wrapping up. When the real life battles of the film “Black Hawk Down” were happening in Somalia. And Hitz FM returned for Hitz Broadcast 6.

All morning, a recording of “test tone” (a long ‘beep’) played onair, with the occasional announcement by Adele Cookson – asking for listener requests and sponsorship enquiries.

And most excitingly, I’ve found a recording.

And… they’re back. For Hitz Broadcast 6.

At 9am, the station burst back into life. There was was a long audio montage, then The Big Breakfast hosts (Rod “The Talking Man” Cuddihy and Andy “The Thinking Man” Muir) got things going. The first track of the broadcast was Party by Christine Anu. Then For 3 weeks the ‘party’ continued.

Throughout the 3 weeks of the broadcast, James Ash & Friends hosted The Foccacia 15 countdown each weeknight. And if you visit last year’s End of Hitz Broadcast 6 post, you can listen to TWO HOURS of the Foccacia 15… including James trying to explain what a ‘website’ was – in 1995 most of us didn’t know.

Yours truly was again hosting the Hitz 30 Countdown on a Sunday night, plus working as the station producer. This involved making the sponsorship announcements, comedy segments, and a bizarre soap opera called Paradise Point. But that is a story for another day.

A great time, not a long time

Hitz FM’s 6 broadcast lasted less than a month. But there was a huge amount going on in terms of a new CD, celebrity visits, new music and a whole lot more.

And thanks to an anonymous Hitz tape donator – I have the first 30 minutes of the broadcast – including the amazing intro – ready to stream! You’ll also hear Hitz newsreader Kate Arnott reading those ‘OJ Simpson’ and ‘Somalia’ stories I mentioned earlier.

Click on the player below – and when you’re done I’ve got another ELEVEN HOURS of Hitz FM audio ready to stream at my Hitz FM Streaming Recordings page.