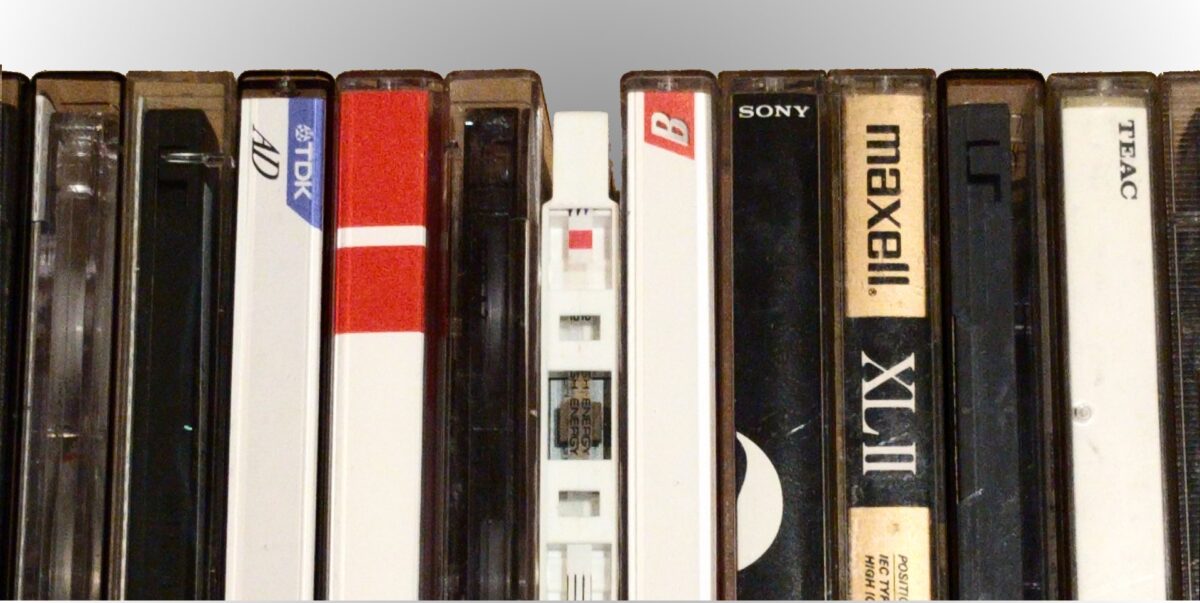 As I mentioned in my recent November update, people have been going through their cupboards/garages/parents spare room. They’ve been reaching up to the top shelf, opening those old shoeboxes, and finding 25 year old cassettes of Hitz FM. And some of them, might be a recording of the Hitz FM Breakfast breakfast show.

But today’s Tape Tuesday recording is not a recent find. It’s a tape I’ve had for almost 28 years. I’ve kept it since the morning I recorded it; Friday December 11, 1992. And it’s one of the rarest recordings we’ve found so far.

After the jump – you can hear it.

Hitz FM’s first ever broadcast started in Decemner 1992, and ran only 9 days. Our studio was the tiny stationary office of John Gardiner Secondary College in Hawthorn. Our newsroom and production space was the home economics room. And I was hosting the breakfast show.

Yes, the most important gig on Hitz FM’s first broadcast went to the guy who… could borrow his mum’s white Toyota Corona to get there. Well, it sure beats ‘recent Big Brother evictee’ as a reason for getting a coveted radio job.

It’s not what you expect

The clip I found on cassette runs a bit over 25 minutes. And if you’re used to the dance-pop/club remixes/hiphop sound of later Hitz broadcasts, you’re in for a BIG surprise.

The clip begins at the end of the news, read by Luke Jones. Over the next half hour, we hear from Madonna, Boyz II Men, Roxette(!), Bon Jovi (!!) and an obscure Aussie indie/blues track (!!!). But the biggest find.. is not a piece of music.

Nobody expects… a newsagent?

The real gold here is a comedy sketch. During the 1st broadcast we recorded a number of them – but most are lost. Today you can hear the only one found so far. Just jump to 18min 50sec in the clip below, to find The Newsagent sketch.

The script is clearly my tribute to Monty Python. It follows their formula pretty closely. There’s an everyday scenario, a bit of conflict, some ridiculous over-dramatisation and an interruption to the sketch, followed by an interruption to the interruption. If the source of inspiration wasn’t obvious enough, I threw in a few males doing Monty-Python style ‘old lady voices‘.

So please enjoy this invaluable slice of Hitz FM’s history. There’s very little of the 1992 broadcast still available to be heard.

And after the clip, read on for a little secret I kept from Hitz listeners for 28 years…

Near the end of the recording, there’s a fake sponsorship announcement for “Mavis Dowsley’s Op Shop”. It contains a whole list of items that coincidentally happened to be words that Hitz announcer Paul Dowsley used to absolutely hate. And as far as I know, I managed to sneak in every single one, including the suburb Carnegie – the fictional address of Mavis’ Op Shop.

So, what else did you find surprising in the audio above?
Comment if you spot anything…