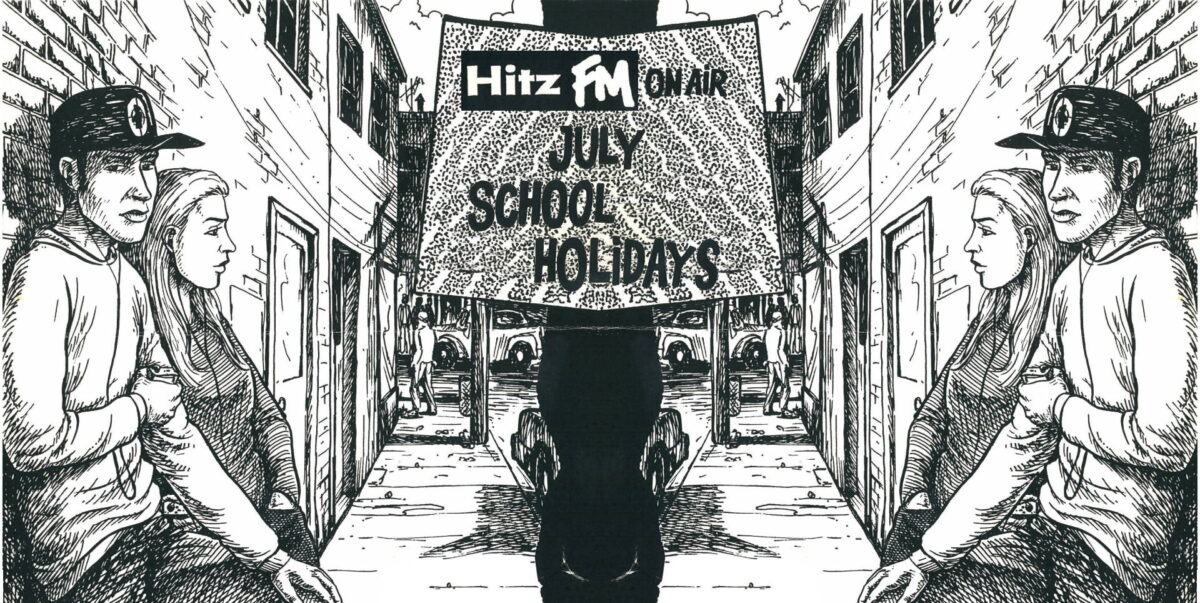 July 18, 1993. 28 years ago – TONIGHT! After two fun-filled weeks, Hitz’s 2nd broadcast ends. The station had yet again managed to stay onair 24 hours a day using voluntters and borrowed equipment. And I’ve got 120 minutes of audio to share with you.

Looking back… compared to Hitz FM’s first broadcast – we’d made some great improvements.

And now, here comes the music…

The music seemed a lot more in tune with what the audience wanted. 1992-93 was a real turning point in R&B/Hip Hop’s popularity in Australia – and Hitz started playing a LOT of it in Broadcast 2. Naughty By Nature, Bel Biv Devoe, Wrexx n Effect and Janet Jackson were just a few of the artists that dominated the requests.

Hitz FM also started showing a much stronger belief in our own musical taste. Rather than simply playing the chart hits and requests – and started playing tracks we just liked ourselves. Some of the more unusual ones from our Xavier College broadcast included Stairway to Heaven (The Doug Anthony Allstars), The Day You Went Away (an early mashup by our own Paul Calvert) and I will Follow Him (techno version) from the Sister Act soundtrack.

And despite being onair for only 2 weeks, Hitz FM started to actually affect music sales. “You could see the effect when they were on air for the second time,” says one inner suburban retailer. “Stores within their broadcasting area were selling quantities of records that were selling nowhere else in Melbourne” The difference – was airplay on Hitz FM.” (The Music Network, No. 33 Jan 31 1995, author unknown)

Hitz FM’s news team made great advances in Broadcast 2. They had their own ‘teletext’ TV for news stories. They had their own ‘news booth’ in a seperate room, so the news reader could read the news without squeezing into the main studio. And they even broke a news story or two, including the hard-to-forget Lorena Bobbit story that Paul Dowsley managed to read on Hitz before any other radio stations.

Overall… the station just sounded better onair. The announcers were a bit more confident, a bit more polished. New recruits like James Ash (you’ll hear more from him in a minute) added more personality. And the onair promos became much more inventive and sometimes, cheeky. “Our Name is Hitz FM” was based The Music Men – a popular ‘Red Faces’ act at the time.

As the 2nd Hitz FM broadcast wrapped up, there were prize draws (“Win a $50 phonecard – make tonnes of calls whenever you want, on a Telecom Payphone!“). There was a final Power 30 Countdown, then a 2 hour show to wrap it up, hosted by yours truly. This featured a ‘top 13’ voted by the staff, and for the first time ever – Ty Frost doing his famous “Ladies and Gentlemen.. Hitz FM has now left the airwaves.”

I’ve found a recording of 9-11pm of that final night, on July 18, 1993. The first hour is the top 10 songs of the Power 30, hosted by James Ash and James Giancotti. The 2nd hour is yours truly hosting an onair party as the volunteers let their hair down. Be warned – there’s novelty songs galore, too many injokes and I really don’t think I’d mastered the button-pushing. [Urgh, so many gaps! And why’s the background music so loud?]

But tonight – let’s try to overlook the rough edges… as we fire up the time machine to this night – exactly 28 years ago.