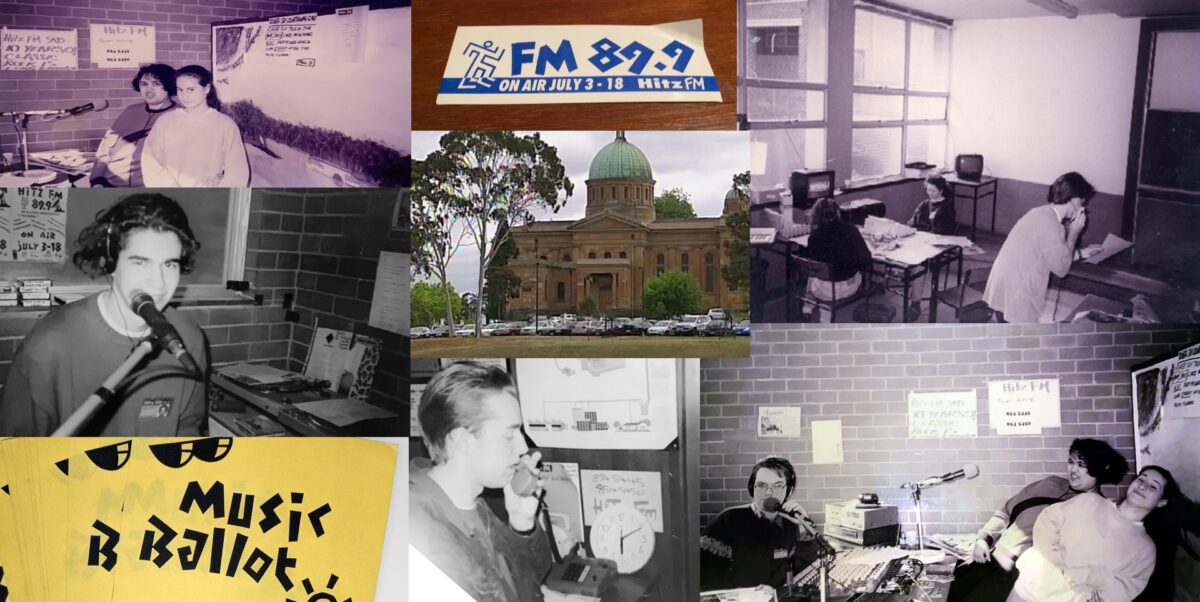 When Hitz FM’s 2nd broadcast kicked off on July 3rd, 1993 – things were a bit different from the first time around. The music was a bit broader; less rock (sorry Guns n Roses), more pop (hello Sub Sub) and hip hop (hello Informer). The announcers sounded a bit more polished too. But the biggest change was the location.

Hitz FM’s 1st broadcast was held at a government school, John Gardner Secondary College. It was chosen for the location (near public transport) and the cost – free. But this time around, the station was a little further north – in the rather fancy Xavier College in Kew. Picture lots of big old buildings in a slightly Harry Potter style.

It was a Friday night at midnight, when Darryl Rae started the broadcast. For the next 2 weeks, as Melbourne schoolkids had their mid-year holidays – there was a new radio station to listen to. And thanks to a recent find, we’ve actually got the first minute of the broadcast to stream.

This time around, Hitz was a little more professional. We had lunchtime requests – recorded at a different highschool every day. We had new sponsors, including The Commonwealth Bank, Forest Hill Chase and The Australian College of Travel and Hospitality. And recorded broadcasts from nightclubs such as the Nu Hotel in Dandenong.

And the requests rolled in – for two weeks solid. Popular songs include Informer, Killing in the Name, No Limit, Freak Me and Two Princes. Hitz reflected the musical turning point of 1993, as R&B and Hip Hop suddenly jumped in popularity to the expense of hard rock and grunge. And it was all powered by music surveys that Hitz volunteers had spread via youth centres and music shops in the months prior.

Hitz FM’s 2nd broadcast also saw some of the station’s great announcers join the team. Ty Frost and Adele Cookson. Lisa Kastaniotis. James Ash. People returning from the first broadcast included Paul Seidel, Troy Ellis and James Valentini. As for myself, I was doing the 10pm Saturday show, followed by a new guy, Darryl Rae who did mid-dawns. And this simple programming fact led to something pretty special.

And a partnership was born.

The first time I finished my shift at midnight, I offered to stick around and help Darryl with his first show. Whilst it’s true he’d done the first shift of the broadcast, he wasn’t too confident, so I gave him a hand with the button-pushing. And within a few short minutes – we both discovered we shared an almost identical sense of humour. And for years after that night – we were inseperable onair.

Hitz FM’s 2nd broadcast continued for another two weeks. And I’ve got a tonne more cool stuff to share with you. Lots more photos, Hitz FM recordings and more. Even some old scripts we recorded. So I’ll put it all up on the anniversary of the broadcast’s final night – July 18th.

[*Thanks to Nigel Slater for the sticker photo]