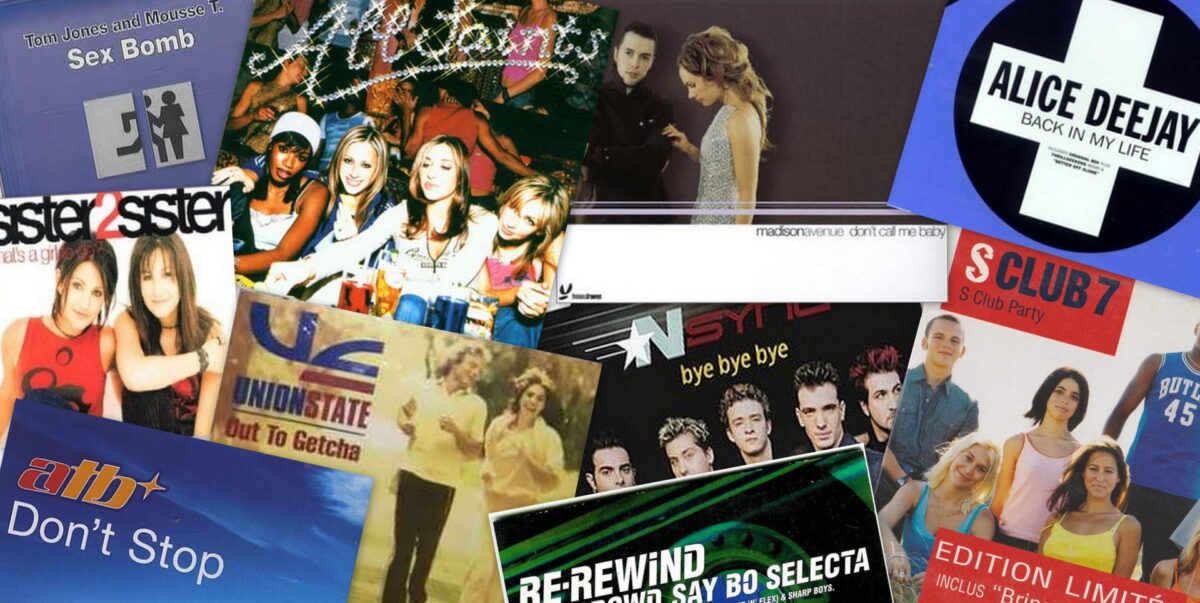 Early in the year 2000, we were all relieved. The world had survived Y2K. And in February, Hitz FM broadcast 17 kicked off to smash out some more great music on the airwaves of Melbourne.

As the 90s had just ended, progressive trance was still massive and it dominated the airwaves, along with disco house, pop and many forms of Hip Hop. So as you’ll see, Hitz was pumping out everything from Eiffel 65 to Paul Van Dijk, Lauren Hill to Roger Sanchez.

Some of the big shows of Hitz FM broadcast 17 included Breakfast with Darren Krakowiak, the Sunday night NetFest with Tim Syratt, Get Funked with Chris & Nina and Bizarr with Shannon Yates.

And as always, Hitz brought the clubs to you with the station broadcasting live from Inflation, Chasers, QBH, The Mercury Lounge, Silvers and Phaze 2.

Near the bottom of the chart were a few artists (Joee, Alena) I had to google as I was drawing a bit of a blank. Then there was the innocent cheese of A1 and S Club 7, along with the house sounds of Phats and Small, the uber-talented Lauryn Hill, and one of Delerium’s follow-ups to the incredible Silence.

Here we strike a song that I associate most strongly with early 2000- Don’t Call Me Baby. I was holidaying in Europe a few months later – and it was everywhere. Also rounding out the 40s were the Chemical Brothers, popular remixer Matt Darey and S2S (aka Sister 2 Sister) – an Aussie duo I’d forgotten about. They actually opened for Britney Spears for 6 dates on her Oops!… I Did It Again tour in the US.

Now that we’re in the 30s, we encounter two artists who were massive in this commercial trance era – ATB and Alice DeeJay. Add a bit of hip-hop from NBN and R Kelly, plus the always amusing Vengaboys – and we’re about to hit the upper half of the Hitz FM Broadcast 17 top 60.

Hitz was always supportive of Aussie dance music, and one of James Ash’s earliest projects Union State makes an appearance, along with locals Sonic Animation. Also appearing was one of the strangest DJ names of all time (Scanty Sandwich) who was signed to Fatboy Slim’s record label.

We’re just outside the top 10 now and there’s a lot more variety on display. The hilarious Tom Jones shows up, along with Eiffel 65 in their 2second appearance in this top 60. RHCP take us to the Otherside, and All Saints supply one of my fave songs of this era – Pure Shores.

Finally – the top 10. Lots of house and trance. A pop smash by N*Sync. A cool bit of Pink Floyd-sampling by Spinderella & Co. Plus some interesting tracks at the top. Kaylan were an Aussie duo who went on to rename as Disco Montego but sadly one member succumbed to cancer in 2005. And the number 1 song came from Antoine Clamaran – a very successful French DJ and producer here seen working with Blue James, the vocalist of Basement Jaxx.

And that, is our top 60 tracks of Hitz FM Broadcast 17, with big thanks to Haydn Dunn for his preservation efforts with this chart.

If you have any old Hitz charts at home (Maybe in an old Hitlist) please contact me so I can share them with everyone.