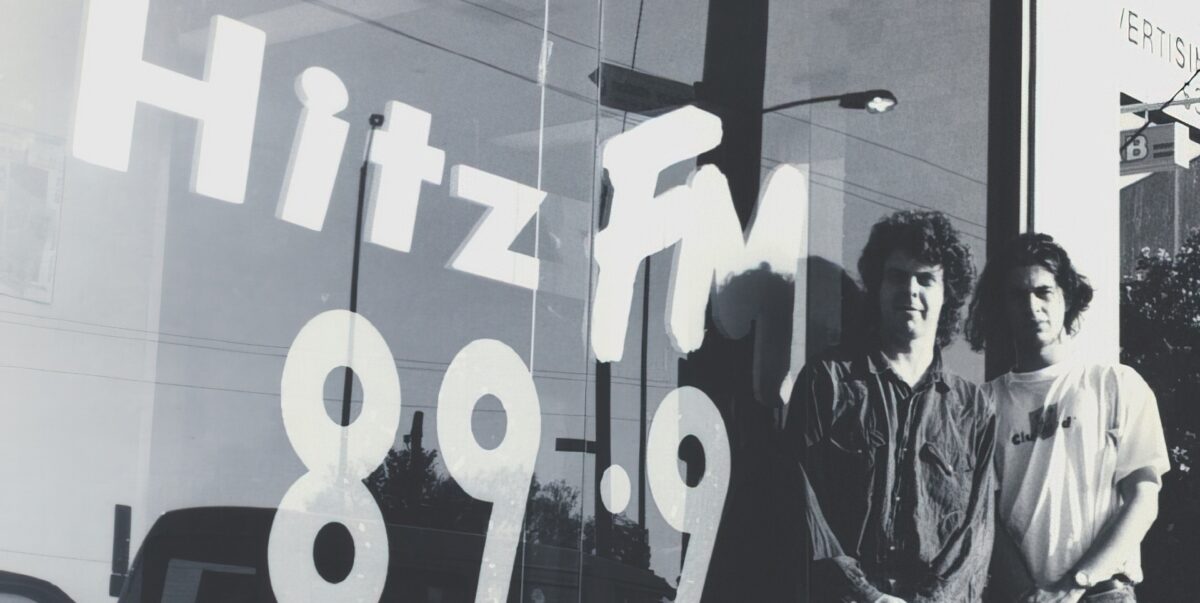 Today’s the day. December 10. The day back in 1993 when something pretty amazing started. Hitz Broadcast 3. The 3rd broadcast of a little youth-run radio station that soon caused a BIG fuss.

Over the next 90 days the request phone line went from 1 phone to 2 phones, to 4. The media went crazy. Radio ratings showed Melbourne kids were tuning in – in their thousands. And a near riot occured when we invited a popstar to visit.

But first – the big news. One of my audio experts has found a cassette of the first hour of Hitz broadcast 3. I hadn’t heard it since the day it happenned in 1993. And I’m excited to bring it to you now…

Only a small crowd this time

The 10th of December 1993 was a Friday night. Normally, the station would be packed at the start of a broadcast. But this time, only a handful of staff were on duty. Many of the Hitz crew were attending a surprise birthday party for one of the newsteam. And the only reason it was held on the first night of the broadcast – was that they’d be too busy in weeks to come.

Meanwhile, the 6pm start-time came and went. Still – nothing was heard onair. At the station’s new Moorabbin studio, Hitz president Anton Vanderlely and vice president Andrew Gyopar were calling government departments in Sydney. It turned out that office X hadn’t faxed form Y to office Z. Or something like that.

Time to do something

Anton had had enough. He might have mentioned ‘going to A Current Affair’ or words to that effect. Either way, the station eventually got onair just after 7pm, with the first hosts Matt Thexton and CJ doing the Hitz Power 20 Countdown. Meanwhile at the surprise party – the Hitz crew were happy to hear the station onair at last.

None of us would ever hear the start of this famous broadcast again, if not for the quick action of one of the team. Mr X (he’s shy) was working that night, but grabbed a blank cassette and started recording on a tapedeck at his workplace. Now, thanks to him – two and a bit decades later we can hear the very beginning of one of the most influential broadcasts in Australian radio history.

Two things stick out in the recording – the music is a mix of the predictable (Hitz staples like What is love – Haddaway, and the surprising… All over me – The Chocolate Starfish.) And the show is highly structured and scripted – later shows by other announcers sounded much more organic.

Hitz Broadcast 3 – have a listen!

So enjoy this piece of audio history – on the anniversary of the original event. There’s a LOT more audio and photos from the 93/94 Summer broadcast coming soon – you’re in for a great time.

So, any interesting tracks in the audio above?

What were your strongest memories of Hitz Broadcast 3?