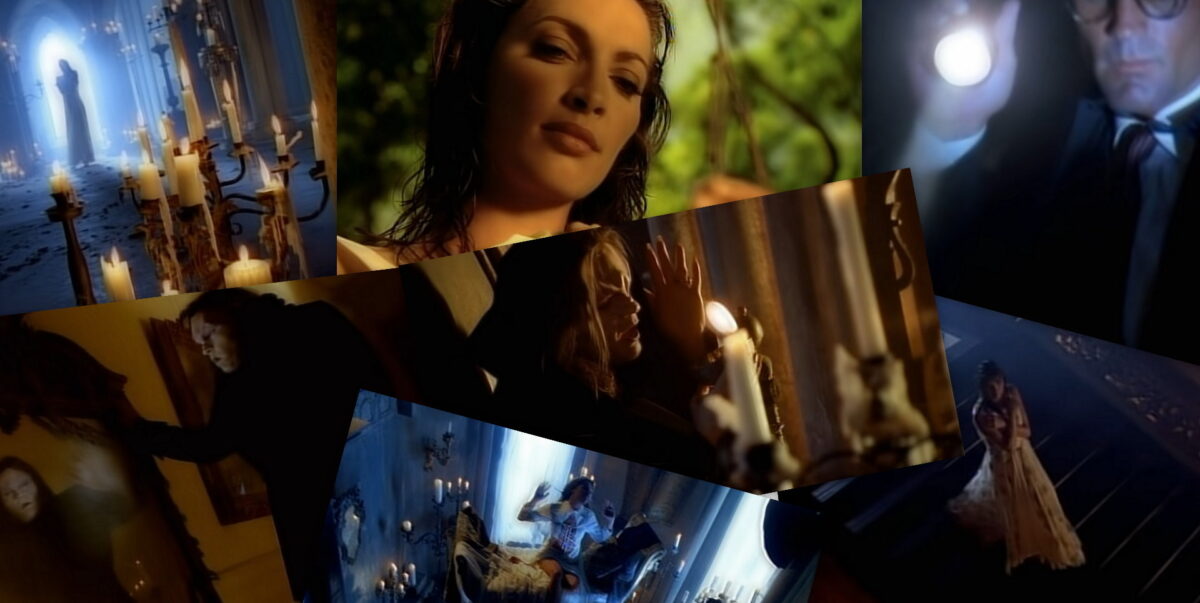 With the sad passing of Meatloaf over the weekend, the song Anything for Love (but I won’t do that) popped into my head. It was one of the more unexpected songs we thrashed during our famous Summer 93/94 broadcast.

And I thought it would be good to catch up with a few of the OG Hitz FM crew to discuss this unique song, artist and time in music history.

Gabe: So let’s go back to the Hitz Summer broadcast in Moorabbin. We were playing tonnes of pop at that stage, a few novelty songs (hello Jordy) and lots of Euro dance. And then there was this track by Meatloaf. I know (thanks to working in radio for years) the guy was massively successful but I don’t recall knowing much about him prior to ‘Anything for Love’…?

Adele: What?!?! What kind of childhood didn’t involve Meatloaf?? 😱

Gabe: Mine I guess!

Glenn: I grew up with Bat Out Of Hell via my Dad for sure. He had eclectic tastes between Meatloaf, Dire Straits, Vangelis and the Top Gun Soundtrack in the car.

Gabe: I missed out on that. Dad’s turntable had Nana Mouskouri and Sing Along with Mitch. Oh – actually he had Hot August Night.

Myf: Yep Hot August Night – especially on roadtrips. We did a lot of road-trips! We did Melbourne to Adelaide at least 3 times a year cos most of Dad’s side was there. Bat out of hell, The Blues Brothers, Dire Straits, Moscow, the Local Hero soundtrack, Chariots of Fire…. When I was really little dad had an 8 track in the Monaro.

Julie: And I was familiar with Meatloaf’s previous work, having older siblings who listened to it.

King of the kids?

Gabe: OK, so clearly I was the odd one out, not having grown up with Mr Loaf thanks to my parents. But let’s talk about this 47-year-old (at the time) 70s rocker and his relevance to 16-year-olds in Melbourne. Where did he fit in?

Glenn: Yeah, there was a bit of division amongst the announcers. Anything for Love was a new track – but Meatloaf classed as ‘classic rock’.

Gabe: You know, that reminds me of your stories about Billy Joel…

Glenn: Oh yeah, I used to sneak on “All About Soul” by Billy Joel onto Hitz. You could hear Myf scream at me from the other side of Moorabbin!

Gabe: Yeah I think that was a pretty ‘old’ sounding song. But I suppose if you think about Anything for Love – it was a ballad – and a long one at that. Hitz had already thrashed November Rain back in our first broadcast. And one callers seemed to be mostly girls, in their teens. So I guess a bit of romance would go down well?

Myf: It was totally the dramatic teen thing – as I said, I grew up with Bat out of Hell (and Hot August Night!) and the full Steinman drama just hit that button.

Myf: It was a hard one. You know how much I still loathe Oh What a Night – in that case it was an old song that had been rereleased within the 5 years so it could and did get requested and played 🤮 But Meatloaf was a hard call – yes he’d been around since the 70s, but that was a current release.

Glenn: If they were teens in the 90s they were raised on 70s staples and probably still identified with said artist. Back in the day us kids couldn’t simply “Bluetooth” whatever song we wanted. It was all controlled by the folks what we listened to.

Myf: Thinking back to Broadcast 3… U2 had been around since the early 80s, and they were played on mainstream radio but Hitz was still playing One (Disc 611, track 6).

(Gabe: OMG! Myf comes through with her knowledge of the Hitz CD library. Again after 28 years!)

Myf: As Glenn said, it was an argument ‘Play it because it’s new…. Or dodge it because the artist was synonymous with Adult Rock?‘ Should we avoid it to keep a clear differentiation from Fox and MMM who were also playing that song? It was a “station image thing” as much as anything. I think the policy ended up being “if we have it, it’s within the 5 years and it gets requested, we play it. If it isn’t requested, we don’t play it as often”.

Gabe: And judging by the end-of-broadcast countdown, it was popular – but not as much as staples like Shoop, It’s Alright, or Sing Hallelujah. Anything for Love came in at number 86 out of 89.

Gabe: I suppose another thing about the song was it’s length. 7 minutes 38 seconds! I’m pretty sure that was the one we played. I don’t think the big FM stations weren’t playing songs that long in the early 90s.

Glenn: I think TT FM was playing Anything for Love. TT loved the ballads. Soft rock stuff was their core.

Gabe: Anyway, the reason I mentioned the length is that Hitz was happy to play something like a Hot Tracks Medley that goes for 12 minutes. Great for a toilet break.

Adele: I think we probably used Anything for Love as a smoke / toilet / “go annoy Jules writing her bulletin” break. 😂

Julie: I have no memory of us playing Meatloaf at all. 😂 😂 However I do have horrible memories of his grand final performance.

What was the director smoking?

Gabe: And one final thing I wanted to quickly mention was the videoclip. Wow. Talk about high budget. I think maybe Guns n Roses had started the trend with November Rain in terms of 7 minute videoclips, featuring women in dresses.

Glenn: Nah, Meatloaf beat ’em by a few decades. Paradise by the Dashboard Light came out in 1977.

Gabe: True. Well in the case of the videoclip for Anything for Love, I reckon the director came up with an interesting recipe. 70% Phantom of the Opera, 20% X Files (torches in the dark), and 10% Antz Pantz commercial.

Rest in Peace, Mr Loaf.
And thanks for the memories.