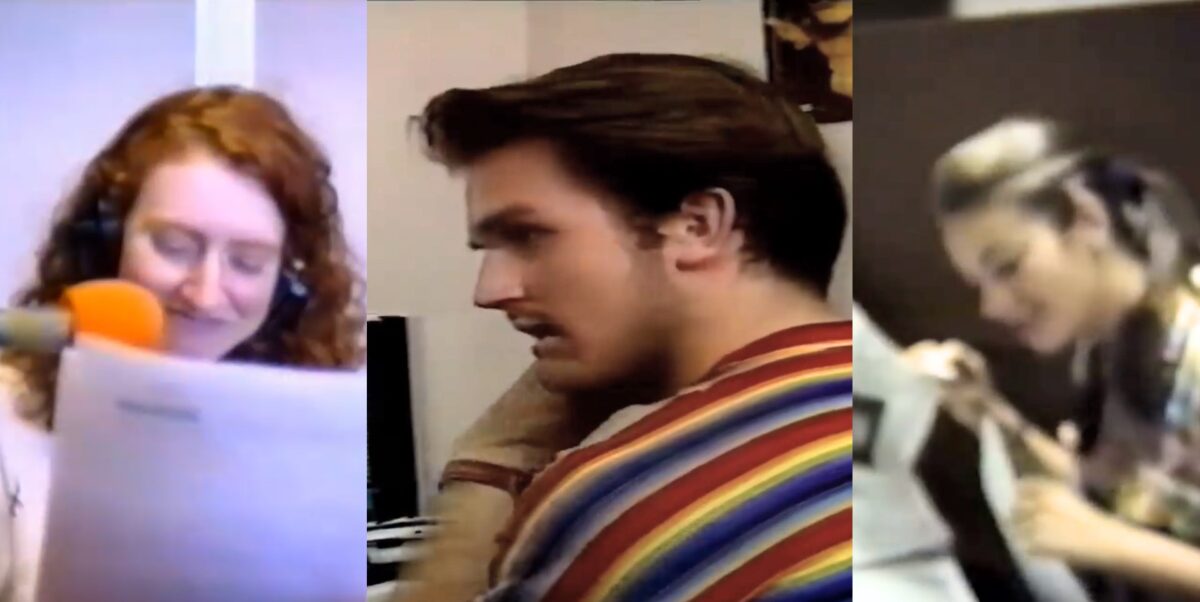 In February this year, Australians were caught in a media war between Facebook/Google, the Australian Government and traditional media. For about a week, Facebook blocked all Austalian ‘news sites’ and many others.

When the ‘news’ returned, I made a little funny video on my Gabe McGrath Facebook Page to celebrate. You can watch it below.

The thing is though – whilst I’m clearly teasing our news team, it was made with much respect. Let me explain…

When Hitz FM began in mid to late 1992, Hitz’s co-founder Anton Vanderlely did something very few other community radio stations ever do. He made a clear decision to be serious about news.

It’s easy to find announcers. Easy to find music to play. But running a news department involves a reasonable number of people with specialist skills. That’s why most community radio stations either have ‘no’ news – or take an audio newsfeed from elsewhere. Even before Hitz FM went to air, Anton and his committee decided to find young journalism students and the gear they’d need.

The recruitment campaign began, initially through RMIT’s journalism course. That’s where Hitz found Julie Doyle [Now ABC Canberra] who was Hitz FM’s news director for many years. Paul Dowsley [Now with 7 Melbourne] arrived via community station ECB FM. Hitz had many more great news allumni over the years, including Mitch Caitlin who went on to be Ten Melbourne’s Chief of Staff at one stage.

In terms of equipment, the Hitz FM news team had a pretty basic setup. There was a TV with teletext for incoming news, along with whichever newspapers the young journalists might pick up before they arrived. Sometimes they had portable recorders for interviews. In terms of recording ‘grabs’ (eg a quote from a politician) they had to ask the person to call an answering machine – and ‘say their quote’ into it. It wasn’t fancy – but it sounded pretty comprehensive onair. You can see a few more views of the 3rd broadcast newsroom in the HitzFM/A Current Affair story that I uploaded recently.

The Hitz news team were unlikely to be mobbed at nightclubs. I don’t know how many admiring faxes or emails they received. But they frequently created great radio out of very little. And they never BEAT UP the announcers – even when they played silly music under their voice to put them off their game.
(Ahem)

Now, please enjoy the promo, with massive thanks to Ty ‘Ladies and Gentlemen’ Frost for the voiceover and Paul ‘Please don’t make up a stupid nickname between quotation marks’ Dowsley for some of the behind the scenes video.