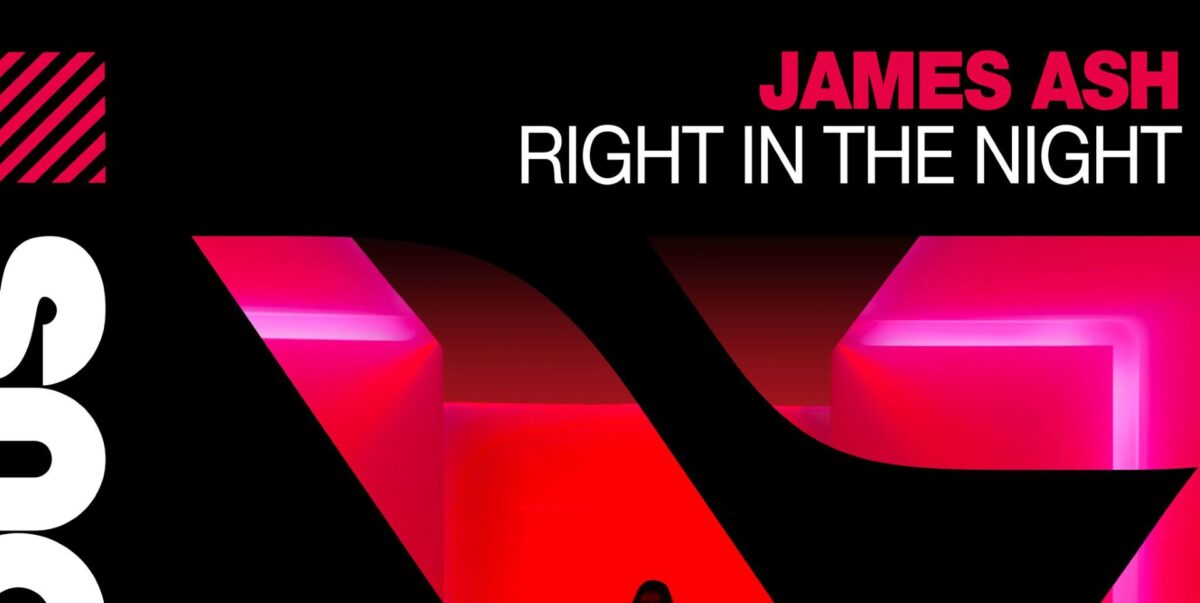 James Ash (Rogue Traders, Union State, former Hitz FM announcer and committee member) has come back to where it all began. He’s re-signed with legendary Melbourne-based dance label Vicious Vinyl. And his first release – is a cover of a true Hitz-era classic.

But before I get into James’ history with the song, lets look at the song itself – and – why it’s so important to Hitz FM. Right in the Night is of course an iconic mid-90s track by Jam and Spoon. It was one of the first dance tracks featuring a flamenco or accoustic guitar. Without it, we may never have heard songs like Missing [Todd Terry Remix] – Everything But The Girl or Where do you go – No Mercy. (Actually, never hearing the latter might be a small, ahem, mercy.)

In terms of the song’s connection with Hitz FM, let’s travel back to the station’s 3rd broadcast, in the Summer of 93/94. The song was played heavily throughout the broadcast, which may explain its rather curious performance in the Australian charts. Right in the Night debuted in the Victorian charts at number 25 but in every other state – it was well outside the top 100! Even so, such a high debut in Victoria meant the song made a national debut of 49- the highest entry for that week.

Right in the Night eventually hit No.1 in Victoria, and No.2 nationally. It probably would have topped the national chart if not for the two big other No. 1’s… Most Beautiful Girl in the World– Prince (4 weeks at #1) and MMM MMM MMM MMM– Crash Test Dummies (2 weeks at #1). Jam and Spoon’s biggest hit had huge staying power – staying in the Australian top 100 for 6 months. It was awarded ‘platinum’ status – selling over 70,000 copies.

So now, Right in the Night has hit clubs again, and you’ll probably hear it on the radio. The song premiered on October 9 on the Vicious Vinyl Youtube channel – and is now available on both Spotify and Apple Music.

James explained in a recent Facebook video why he chose to cover it. “It’s a special record for me, because when I started DJing at that time, [it] was one of the biggest tunes in the world. I was playing it at [Melbourne] venues like 75th Squadron, Lazars and Inflation. It was one of my entry points, if you like into the world of dance music.”

Interestingly, James says he’s tried unsuccessfully over the years to cover it with some of his previous projects. “I think the reason for that was one of the things that made the original so great was the flamenco guitar. And I couldn’t get it to work in the modern context.” said James. And then he explained his breakthough idea – to take the flamenco guitar out completely. “Once I took that part out, it opened the track up. Suddenly I had this range of possibilities that I didn’t have before. In a way the song, you know, was set free.” he concluded.

Right in the Night marks another circle for James Ash. He’s back with Vicious Vinyl, the Melbourne-based dance music label that’s released tracks by artists including Madison Avenue, Peking Duk, and The Potbelleez. Vicious released James’ first track ‘Thunderchild’ back in 1995, and they’ll release his latest track tomorrow.

The last word belongs to James himself, in explaining on Facebook why such a ‘daring’ remake could be possible. “I’ve always thought if a song can survive as lyric, melody and chords, then it’s a great song and it can be translated in any way. And this song, [Right in the Night] is in that category, it’s an amazing song.”