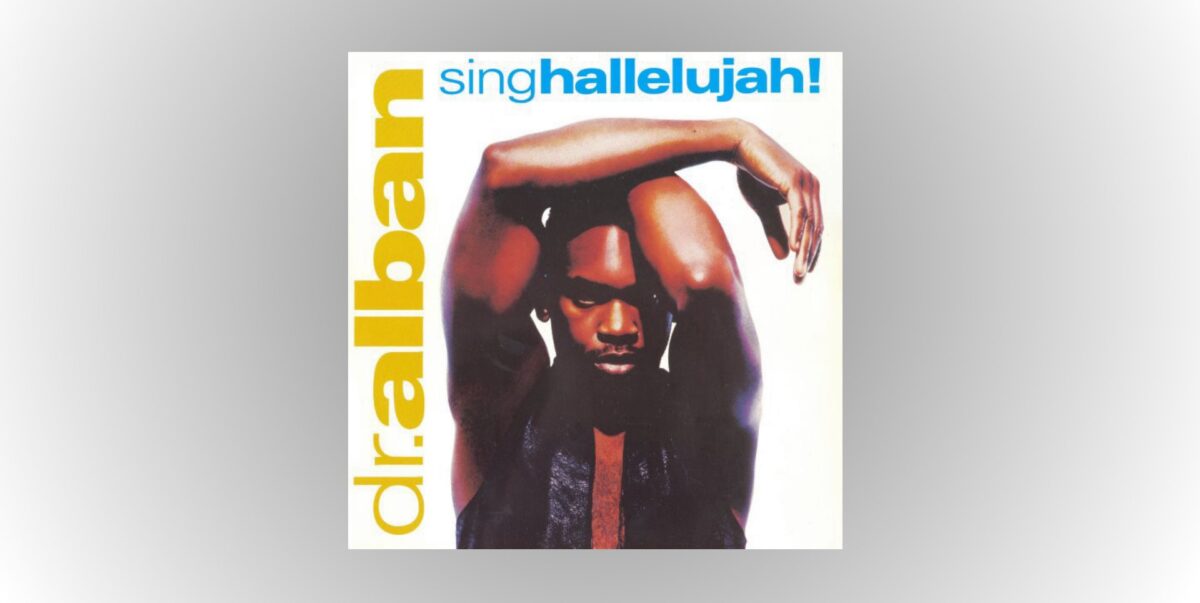 Many pop stars change their name. They often make it a bit shorter and catchier. So it’s no surprise that Nigerian-born dentist-turned-DJ Alban Uzoma Nwapa shortened his name to something a global audience might find easier: Dr Alban. (Yes – the “Sing Hallelujah” guy.)

Dr Alban’s first big hit was It’s my life which – like David Hasselhoff’s albums – was ‘big in Germany’. It also received a second boost in Europe when the song featured in a Tampax commercial. Alas in Australia it debuted at number 97 in November 1992, then disappeared. This may be because (a) The song was dull and (b) Our Tampax commercials had women riding white horses without dull background music.

But all was forgiven with the release of Sing Hallelujah.

The song mixed pop/NRG with rousing handclaps, insistent piano, and a punchy gospel choir. It’s Australian release coincided with Hitz FM’s huge 90 day broadcast of Summer ’93/’94 – and we absolutely smashed it onair. It came in at number 23 in our top 89 countdown.

Sing Hallelujah debuted higher in the Victorian charts than it did in other states. And the videoclip was used as the foundation of Molly Meldrum’s Hitz story on Hey Hey it’s Saturday. Alas – seeing a grown man wearing blue vinyl did confuse a few of the TV viewers.

But my greatest memory of this track, was several nights at Melbourne’s long-lost 75th Squadron nightclub with Hitz staffers commandeering the podiums, as those distinctive piano notes reverberated through the crowd…

So, what do you picture when you hear the opening beats of Sing Hallelujah?